Riviera Regionals, Part I: 2015 (and the worst Joan of Arc day ever) 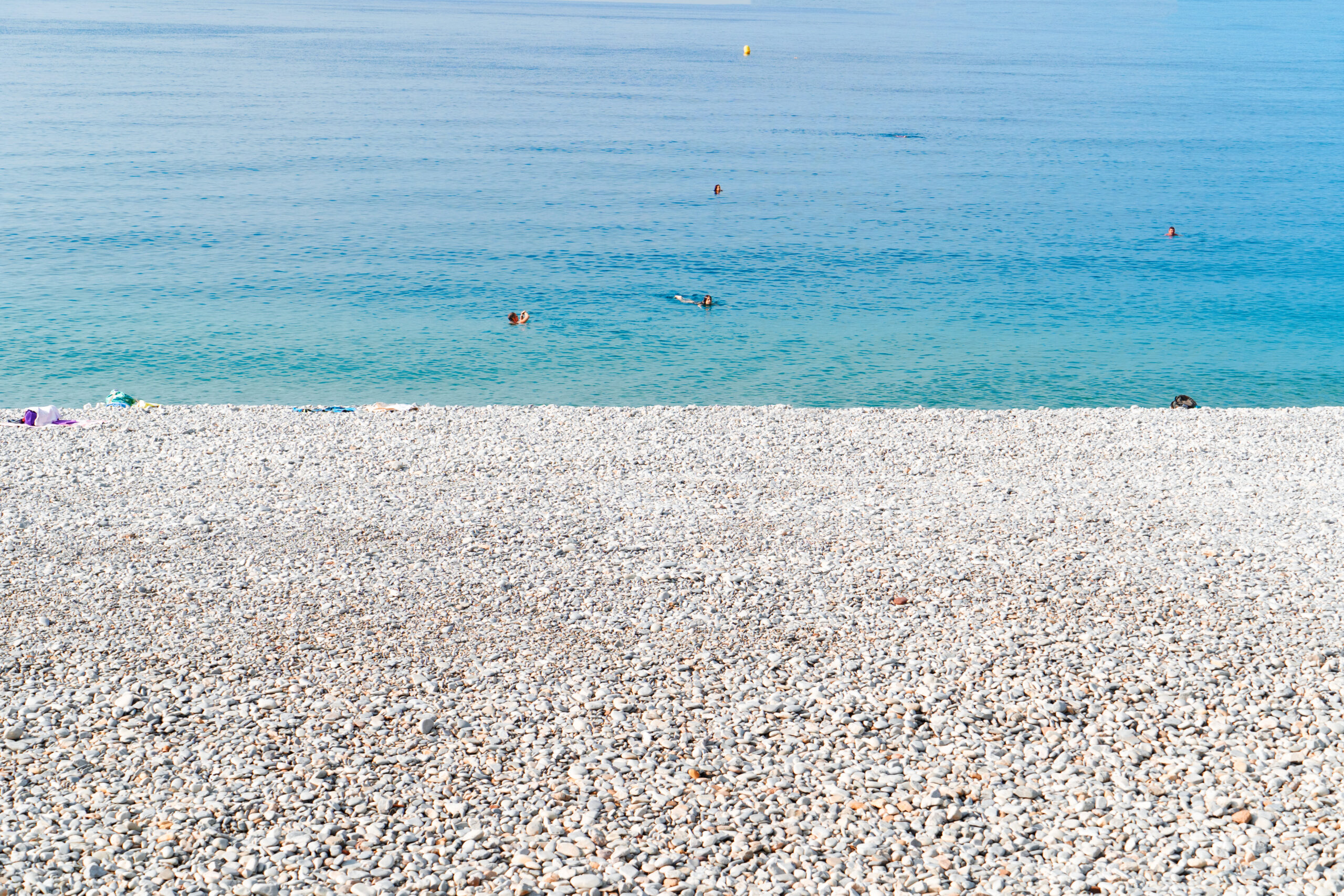 A recent survey in France suggested that 61% of those polled would not vote for Emmanuel Macron in the first round of the presidential elections next year.  Of the remaining 39%, 11% said they would definitely vote for him, and 28% said it was “possible.”  The issues against him, the issues where he had been “rather a failure,” were his perceived inability or unwillingness to control immigration (at 68%), followed by security, buying power, and unemployment.  The first two issues generally favor the right (Les Républicains), and increasingly the extreme right of Marine Le Pen’s Rassemblement national. (1)

And, as always, the nature of the French system has to be kept in mind.  Those who would not vote for Macron in the first round might well grudgingly vote for him in the second round; or they might abstain altogether.  In a multi-candidate field, 39% or even significantly lower than that,  would likely be enough to get him into the second round, unless other candidates (excluding Marine Le Pen, who is widely predicted to reach the second round) drew enough votes away from his base to keep him out.  And finally, the elections are a year away, and much could change.

All of this is why the regionales and departmental elections, coming up in June, are an important indicator of momentum, despite the fact that voter turnout is often low.*

The Paca region–which stands for Provence, Alpes-Maritimes, Côte d’Azur**–is of particular interest this year because it will provide an important test for the Rassemblement national.  The Riviera has been a traditional stronghold for the RN–not that they are in the majority, but rather that party candidates, from the presidential elections on down, generally run more strongly in this area than in the rest of the country, and sometimes win local and regional races.

Neither the Left nor Macron’s party, La République en Marche, has a chance in Paca; it will be a duel between Les Républicains and Le Pen’s Rassemblement National (RN), between the Right and the Far Right.  And of course, with presidential elections coming up in just under a year, these local elections mean much more than that.  At issue is the long attempt by Marine’s RN to “banaliser” itself, to be seen as a normal part of the political spectrum.  The regional and departmental council races as well as the mayors’ races (always held the year before the first two) have been powerful opportunities for visibility and respectability.

The year 2015, when the most recent regionals were held, now seems far in the past. François Hollande (PS) was still president, Emmanuel Macron was Hollande’s Minister of the Economy,  the Charlie Hebdo terrorist attack had already occurred in January, as well as the Bataclan Theater massacre (about a month before the December elections), with the Nice truck attack yet to come.  The Socialists–still one of the two major parties–had taken a drubbing in the municipal elections (mayors and municipal councils) of 2014, losing many historically socialist towns and cantons.  In other words, the collapse of the Socialist party in the presidential elections of 2017, and its fall to minor party status, had already been visible three years earlier.

In the spring of 2015, the National Front (as it still was; Marine Le Pen changed the name in 2018) was dealing with an internal crisis caused by Jean-Marie Le Pen, the founder and now “Honorary President,” after being eased, or shoved, from leadership by his youngest daughter.  Jean-Marie was already noted for his persistent antisemitism (including his famous remark, in 1987, that the holocaust was a mere “detail” of World War II).  The Charlie Hebdo massacre, carried out by Saïd and Chérif Kouachi, encompassed several other terrorist attacks, including the hostage seige at the Hypercacher kosher supermarket, during which co-conspirator Amedée Coulibaly killed four Jewish people who were in the store.  It was an act encompassing multiple levels of racism and extremism.

Several months after this tragic episode, Jean-Marie Le Pen decided to give an interview to the far-right weekly, Rivarol.  He repeated his comments about the Nazi gas chambers as a “detail.”(2)  And he did not stop there, praising Marshal Pétain and attacking the Prime Minister, Spanish-born Manuel Valls: “Valls has been French for thirty years, I have been French for a thousand years . . . Valls is not a caballero, he’s a tiny little man (très petit monsieur),” and continuing, “We are governed by immigrants and children of immigrants at all levels.”  And in a moment of partisan arcana, he launched a violent attack against Jean-Pierre Chevènement, originally a Socialist, who had broken with the party in 1993 to found several short-lived parties.  “He gives the appearance of [being] a patriot when he is at bottom a Marxist.”  This attack was in fact aimed at Marine Le Pen’s then-closest advisor, Florian Philippot, whose political career had begun on the Left–as a supporter of Chevènement.(3)  Thus he had directly challenged her judgment and leadership.

Marine publicly condemned him (“Jean-Marie Le Pen seems to have entered into a spiral between a scorched-earth policy and political suicide”) and began the formal process of expelling him from this leadership position and from the party.

May 1, the traditional workers day, has long been celebrated in the National Front/Rally by the formal laying of a wreath before a statue of Joan of Arc–preferably (since France boasts many statues of Joan of Arc) the gilded statue in the Place de Pyramides. The image below is from 2012, early in Marine’s leadership (Jean-Marie is to her left), and it was a festive but somewhat decorous affair. There was a brief parade of the faithful, and then a speech.

Unfortunately, in 2015, May Day was coming up rapidly, too rapidly (especially with Jean-Marie’s hospitalization for heart trouble) to finish with the formal disciplining of the party’s co-founder and honorary president before his case could be settled.

The result was a May Day like no other.  Marine Le Pen had planned a “muscular” speech, according to Le Monde, on immigration, terrorism and the failures of the European Union.  And she delivered it.  But it was not the story of the day.  The small team of Canal+ journalists were roughed up by a number of militants, and that became a major media event.  Three Femen–a feminist international topless group–appeared on a balcony with the FN logo on a Nazi flag, making it briefly impossible for her to continue.(4)

Worst of all was the unexpected appearance of Jean-Marie Le Pen himself, who showed up in a red parka. He placed his flowers, stepped back, and shouted dramatically, “Jeanne! Help!” (This quickly became a meme, the subject of Hip Hop and Heavy Metal parodies, among others.)

And as Marine stepped up to the podium, he bounded up beside her, waving to the crowd.(5)

The haywire atmosphere of the entire event is encapsulated in this short video:

Events moved relatively fast after that.  Even most of the long-time supporters, those who had joined the party in the 1980s, were reconciled to the fact that he had become a distraction, no longer an asset but a liability.  On August 20, 2015, the executive bureau of the National Front issued the following communiqué: “The executive bureau of the National Front, meeting as a disciplinary body, has deliberated and has decided, by the required majority, upon the exclusion of M. Jean Marie Le Pen from the National Front.”  Claiming that he had gone beyond anger into the realm of scorn, the senior Le Pen stated that “an assassination orchestrated by one’s own daughter is never a subject for rejoicing.”  And he noted that she had not killed him herself, but had sent her “minions” to do it for her.  “I am the National Front!” he proclaimed.(6)

So things had gone about as well as could be expected.  And the expulsion of the leader, filled with grandiosity and ego, trailing behind him a long train of the unacceptable and the absurd, was to be, on the whole, a very good thing for the party.  The first evidence of that was the need to replace Jean-Marie as head of the FN list in Paca for the 2015 regionals.  They kept it in the family, selecting Marion Maréchal-Le Pen (she has since dropped Le Pen), his 26-year-old granddaughter and Marine’s niece, to take his place.

[*There are thirteen regional councils, as well as councils for Corsica, French Guiana,  Martinique, and Mayotte, with each council having budgetary authority over regional transport and infrastructure, environmental issues, European Union structural funds, economic development, and education.  The elections, first scheduled for March, have been pushed into June 20 and 27, as have the departmental elections.

In the regionals, the candidates form a party or coalition list, though voters choose the candidates only for their own departments within the region.  It is a two-round system, but also partly proportional; the winning list gets an additional 25% of the seats on the Council.  The Council then elects the president, generally the “head of the list” of the  winning party or coalition.]

Author: Jill Harsin
Filed Under: Uncategorized
The Occupation of the Odéon Theater
The Regionals in Hauts-de-France and the Presidential Election