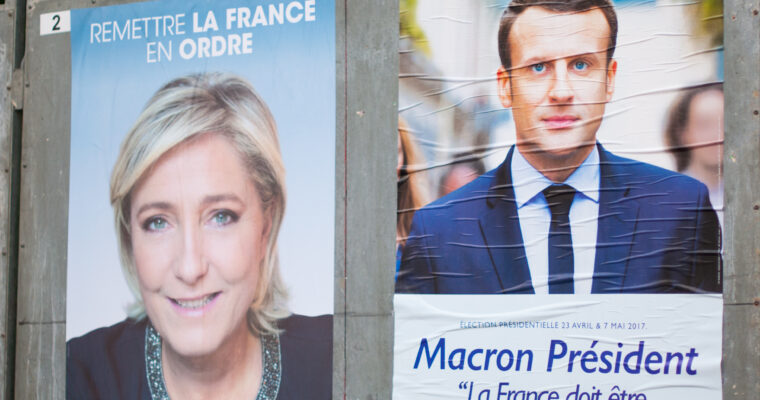 So Who’s Running for President?

A year from now, France will be in the thick of its presidential campaign.  The first round of the election will be held on April 8, 2022; the second round, for the two who come in ahead of the pack in the first round, will … 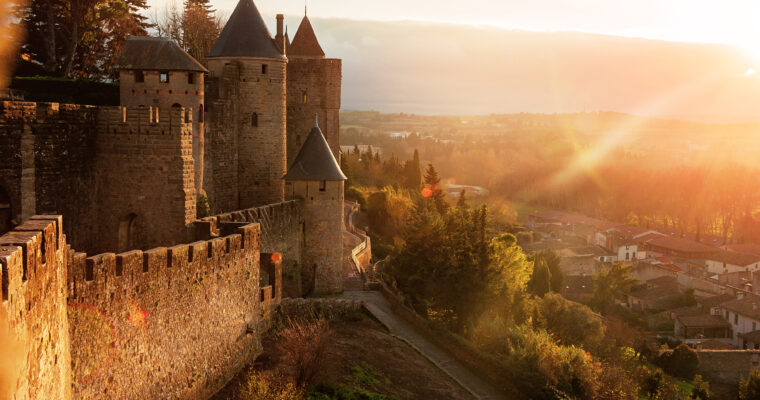 While the French government’s struggle against Islamo-gauchisme has captured international  attention, the Minister of the Interior, Gérald Darminin, has made an even more significant move to dissolve the far right group Génération Identitaire (Generation Identity)–more significant, because while Islamo-gauchisme is a nonsensical caricature of the … 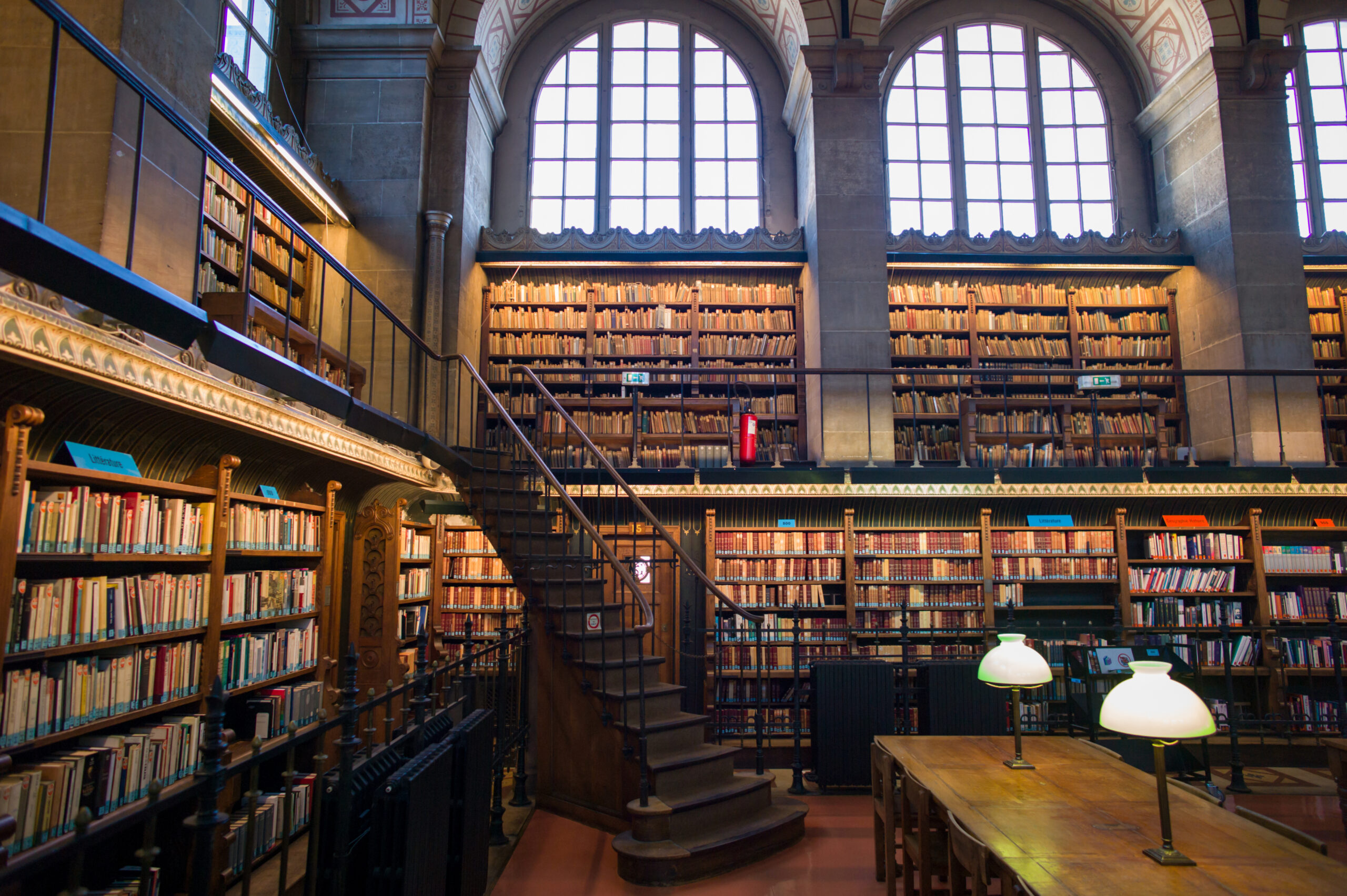 Recently the Wall Street Journal editorial board published an article titled “Emmanuel Macron and the Woke,”  in which they credited the French President with coming out against “Leftism” in the media and on college campuses.  They positioned Macron as a “center left politician” (more like center right, actually) standing up for traditional French and Western values against the Woke crowd and their “woke fixations” as well as the “censorious progressive mobs in the media, Silicon Valley, and Hollywood.”  They also reserved some words of praise for Frédérique Vidal, Minister of Higher Education, who promised, just a few days ago, to launch an investigation into academics who are studying woke subjects.

WSJ finally noted, as if in passing, that Macron is running for reelection to the presidency in 2022.  Might that have something to do with this stance on behalf of western values?

Macron’s opponent in the second round is likely to be Marine Le Pen, of the National Rally (formerly National Front) party, whose chief platform is Muslim/immigrant bashing (or rather, her willingness to stand up to “political correctness,” according to the WSJ).  Neither of the former dominant parties, the Socialists and Les Républicains, both of them shattered by Macron’s LREM (La République en Marche) in 2017, seem likely to field a winning candidate at this point.  The LFI (La France Insoumise), the ultra-left party, is hampered by the candidacy of its obnoxious founder and leader, Jean-Luc Mélenchon.

Macron is, in short, triangulating, trying to rally what is left of the old right (as opposed to the ultra-Right), and betting that his own constituency will hold their noses and vote for him rather than for Le Pen.

Thus the sudden discovery that Islamo-gauchisme, Islamic Leftism, is infesting the Universities.

The fear of the Islamic presence in France has become a potent political issue in the last decade, fed by the migration crisis and by the terrorist acts of 2015 (Charlie Hebdo and Bataclan) and 2016 (the Nice truck attack).  The most recent of these attacks was the October 2020 murder of Samuel Paty, a teacher who had shown cartoons of Muhammad to his class to illustrate the principle of freedom of speech.  His killer, Abdullah Anzorov, age 18, waited for him outside the school and beheaded him, before being shot and killed by the police.

Several days after the gruesome Paty murder, Jean-Michel Blanquer appeared on Europe 1 and blamed . . . . radical leftists in the universities.

Asked what was behind this act of terrorism: “I think especially intellectual complicity with terrorism, that’s a point I would like to underline at this moment, . . . our society has been way too permeable to some currents of thought of the intellectuals. . . . (interrupted) . . . yes, we can cite what is commonly called islamo-gauchisme, which has wreaked havoc, it wreaks havoc in the university, it wreaks havoc when an organization like UNEF (Union Nationale des Étudiants de France, the largest nationwide student union in France) surrenders to this type of thing, it wreaks havoc in the ranks of la France insoumise (Macron’s political opponent on the Ultra-Left), you have people who are simply a part of this current and present themselves as such, and promote an ideology that leads [others] astray, obviously to the worst–Look, this is not a matter of a lone assassin, it’s a murderer who was conditioned by other people who are in effect the intellectual instigators of this act.”

It is perhaps worth pointing out that none of the Muslim perpetrators of Charlie Hebdo, Bataclan, the Nice truck attack, nor Anzorov, had attended a university.  That in itself indicates a different sort of problem; but this fact also makes it hard to argue that radical student and faculty leftists somehow were responsible for the acts.

Blanquer also made reference to the influence of the indigènes, racialistes, and décoloniales. The indigènes–the name for native inhabitants of colonies–reflects both an “intellectual current” and a political party (Parti des indigènes de la République).  Both party and current argue that structural racism is linked to France’s colonial history.  “Racialiste” means (to those who use it in opposition) a sort of essentialism that reduces the complexity of human beings to race or ethnicity or some other form of “intersectionality” (which the French dislike as a concept, as they also dislike “multiculturalism”).  As for décolonialisme, Stéphane Dufois, a sociologist at the Institut universitaire de France, has defined this field of study as one that takes a different sort of look at decolonization: it is not a single event, when the colonizer pulls out the troops and leaves, but “a longer process involving also a ‘decolonization of the mind,’ as one rids oneself of decades or more of occupation and the European cultural framework.  “Colonialism,” he noted, meant “a devaluing, that is to say a true enterprise of demolition of the ‘indigenous ways of knowing,’ in favor of the colonizers’ ways of knowing (savoirs).”

People had wondered about the silence, even an apparent early pushback, from Frédérique Vidal, the Minister of Higher Education and Research.  That silence ended this past week.  In an interview of CNews with Jean-Pierre Elkabbach, she agreed, in answer to his question, that islamo-gauchisme “gangrènes” the entire society, and “the universities are not impermeable.”  She noted that there were some who used their titles and rank to promote radical and activist theories, “always regarding everything through the prism of their will to divide, to fracture, and to designate the enemy, etc.”(sic).

But then she went further, announcing that she was going to have the CNRS (Centre national de la recherche scientifique, a government-funded research institute) investigate the research being done in universities, to distinguish between “academic research” and “activism.”

That was news to the CNRS.

Then, according to Lucie Delaporte, writing for Mediapart, things got really crazy. Elkabbach suggested that there was a sort of alliance between the followers of Mao Zedong and the Ayatollah Khomeini.

Vidal: “You’re right. [He’s right?] But that’s why, each time an incident occurs, it is punished, each time something is prevented, it is reprogrammed, but I believe that the immense majority of of academics are conscious of that and struggle against that. . . .”

In the National Assembly (again quoting from Lucie Delaporte), she was sharply questioned by Bénédicte Taurine of LFI, who asked if she was trying to create a “thought police.”  Vidal stated that there would be an “inquiry.  Yes, I’m going to ask that they [CNRS] draw up an accounting of all the research that is currently going on in our country . . . . (sic) On postcolonialism . . . (sic) But I, you know, I was extremely shocked to see a Confederate flag at the Capitol and I think that it’s essential that the social sciences turn to these questions that are still today current issues.”

Those at the Capitol were neither Leftists nor Muslims. Nor were they French.

Fabien Escalona, also writing for Mediapart, cited the recent statements of Gérald Darmanin, the controversial Minister of the Interior who is nevertheless close to Macron, about the dangers of Islam.  These various remarks by Macron’s cabinet seem to underscore a deliberate attempt to outflank the extreme right by adopting Marine Le Pen’s anti-Muslim bigotry.  Escalona suggests that such a strategy risks both “dishonor” and “defeat,” which is surely true.

Nor does it help to hold an elevated discourse of secularism and French values, as Macron and several others seem at least to be attempting to do.  Because that can so quickly turn to this: