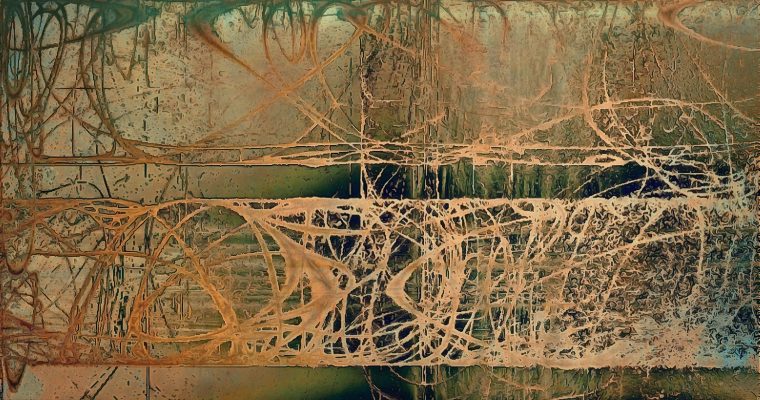 The Disappearance of the Political Left: Le Pen and “forgotten France”

“‘All politicians are the same, Left or Right,’ declared a sixty-year-old shopkeeper. ‘Always a lot of words, a lot of principles, but what do people see? The concrete. They see prices rising, insecurity, unemployment . . . and one day people get sick to see … 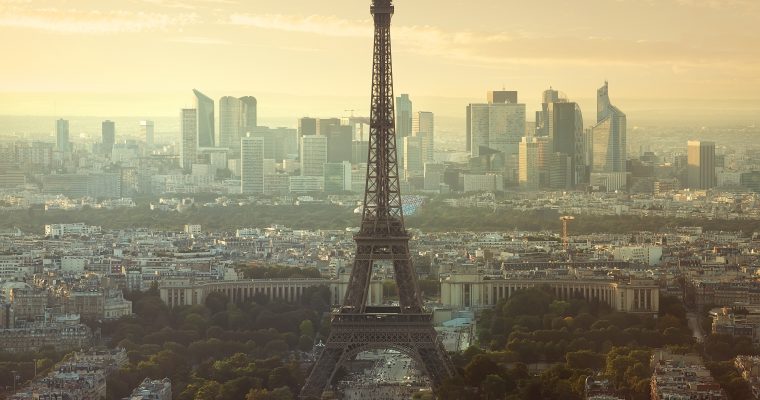 April 6, 2019. The turnout for the Gilets jaunes was estimated by the ministry of the interior to be about 22,300 throughout the nation, with 3,100 in Paris itself. Barred from the Champs Elysées, the protestors instead went to La Défense, the financial center to …

The Top One Percent: Three Movies about Marie Antoinette

Marie Antoinette’s life was thoroughly implausible. She was privileged, wealthy, a Habsburg princess who married into the ruling dynasty of France and lived in the most splendid palace in Europe. She spent her last few months in a tiny cell in the Conciergerie prison–widowed by her husband’s execution, her children taken from her–as she awaited her own death.

Norma Shearer plays her in 1938’s Marie Antoinette, taking her from the early teens, when she learns of her upcoming marriage (“Mam-ma! I’ll be queen of France!”) to her beheading. That’s a lot of ground to cover in a two-hour film. Too much time is devoted to the real queen’s possible lover, Count Axel Fersen (who is played by Tyrone Power–thus the extended screen presence) and very little time is spent on the background noise that wrecks her life–that is, the French revolution.

Surprisingly, the movie is not terrible; in fact it’s good, and full of guilty pleasures. One of the best scenes is her encounter with the Countess du Barry. Louis XV (the grandfather of her husband, the future Louis XVI) was a notorious libertine who had settled down with former prostitute/courtesan Jeanne Bécu as his official mistress; he arranged a marriage to an impoverished count, who was paid a great deal of money for the use of his title, and then obligingly disappeared back into the provinces. As a newly-minted countess, du Barry could be presented at court, and this fact caused deep anguish to the nobility, who had to treat her with courtesy and even to give way to her as the maîtresse-en-titre. In the film her presence creates an early crisis for Marie Antoinette, when her grandfather-in-law insists that she take official notice of her.

Marie Antoinette has scored something of a victory, although it is difficult to say what, precisely; insulting a courtesan is scarcely worthy of a queen. However, Mme du Barry’s reference to “the fireside, the nursery,” is a nasty allusion to the fact that Marie Antoinette at this point had not yet given France an heir, her chief purpose in life; so we can appreciate her put-down of a mean girl.

The film is hostile to the revolution, in an era when the United States was uneasy about crowds and their dangerous potential–labor unions, the workers’ revolts that had brought about the USSR, Nazi rallies. In this spectacular scene from the other great Hollywood French Revolution film of the 1930s, A Tale of Two Cities (1935), the downtrodden go in the blink of an eye from victory to the dark path of the Reign of Terror.

Those who joined the people were the Gardes françaises; their defection caused great anxiety at the royal court. And as the movie’s crawl tells us, in a point of view that Marie Antoinette shares, the situation swiftly went from bad to worse:

Down the lanes of France swept only a message of hate!

Death to the Aristos!

Death to all their friends!

Death to their servants!

Death to the Innocent as well as the Guilty!

The central purpose of Marie Antoinette was to humanize the queen, to rescue her from the historical caricature that she had become; the film manages to navigate both a relationship with Fersen as well as her genuine affection for Louis XVI (played by Robert Morley) and her children. They are a family; Louis XVI, who has been separated from them, rejoins them in a touching reunion the night before his execution. The next morning she hears the crowd roar in approval at the moment of his death–as they later roar, with even greater intensity, at hers.

Sofia Coppola’s underappreciated film, Marie Antoinette (2006), stars Kirsten Dunst as a very young queen (she was fifteen when she came to France). The film was criticized at the time for touching only the surface of the characters, and nothing of their depths. Yet in retrospect, with the 2008 financial crash occurring two years later, the film seems prescient, as it piles excess upon excess and becomes a story of luxury consumption by the few.

The 1780s in France, when most of the film takes place, was a time of uncontrolled financial capitalism, or “court capitalism,” as George V. Taylor has called it.[1] The state was living on borrowed money; wealthy financiers had their hand in the government till. The General Farm, a small consortium, collected the indirect and sales taxes, and kept part of the sum as profit. General Receivers took charge of tax money as it was collected and doled it out when required; in the meantime they invested it for their own profit. Shady schemes and dishonest speculators roiled the markets, creating uncertainty and instability. The richest people in France did not produce; instead they played with money, creating fortunes out of nothing.

In August 1788 the French government went bankrupt. There were no further loans to be found. What recourse did they have, except more taxes? The king summoned the Estates-General, their version of Parliament, which had last met in 1614. (Louis XIV and Louis XV had refused to call it.) Soon the Estates-General, which met on the grounds of Versailles, declared itself the National Assembly and took a solemn oath not to disband until they had given France a constitution. The king had already lost control of his government and of the purse strings.

The chronicle of excess and luxury that fills most of the film, as in one of the most iconic scenes below, raises an important question: when does the concentration of wealth become a hostile act against society?

This film too has its Fersen (Jamie Dornan). But the scenes where Marie Antoinette is dishing with her ladies in waiting, or listening to the conversations of the nobility, are much more fun. Shortly after her arrival, she has her first encounter with Madame du Barry (played by Asia Argento, with Rip Torn as Louis XV).

Sofia Coppola might have left the film in the unreal world of the super-rich; instead she decides to enter into the early months of the French Revolution, a move that at first seems mistaken. In October, 1789, about 5,000 market women of Paris, desperate at the rising prices of bread, breached the privacy of the court. They marched the 20 kilometers from Paris to Versailles (dragging a cannon, though they had no ammunition and no knowledge of how to use it) to ask the king for bread.

In the middle of the night, now strengthened with several contingents from Paris, the crowd broke into the palace in search of Marie Antoinette’s apartments. Two of her guards were killed in defending her as she made her escape. The crowd decided to bring back “the baker, the baker’s wife, and the baker’s boy”; from that point on the royal family was trapped in the Tuileries palace in Paris, and the National Assembly, which came with them, also found themselves at the mercy of the Paris radicals.

Farewell, My Queen covers only four days, from July 14 to July 17. On July 14 the Paris crowd took the Bastille. Nearly one hundred Parisians were killed in the attack. The Marquis de Launay, governor of the medieval fortress, was killed and beheaded; Jacques de Flesselles, the new mayor of the provisional city government, met the same fate. Their heads were carried around the city on pikes. The audience knows the significance of the date; the people at Versailles only learn of the event in the early morning hours of July 15, and rumors soon spread through the corridors of the palace.

The film focuses on young Sidonie Laborde (Léa Seydoux), an orphan who has become the queen’s reader. The queen needs amusement, but is unable to concentrate.

(The embroidery of the useless dahlia occupies much of the rest of Sidonie’s next few days.)

Marie Antoinette, soon deciding that they must flee, sets up a torrent of activity–packing, ripping jewels out of their settings, looking for the best route to Metz (setting Sidonie to that task, then immediately sending her on another errand). But Louis XVI refuses to leave; he has a duty, and he courageously fulfills it. He speaks to Jean-Sylvain Bailly, the new mayor of Paris (just having replaced the former mayor, who was beheaded; Bailly would be executed in several years), and he decides that he must go to his capital city. He takes only a small entourage. And he does return safely, this time, to Versailles.

The central theme of this film–or rather, of its advertising campaign–is the forbidden love between Marie Antoinette and her friend, Gabrielle de Polignac.

The idea that Marie Antoinette had an affair with the beautiful Mme de Polignac has a curious history. Chantal Thomas, the author of the novel on which this film is based, is also the author of a historical analysis of the vicious pamphlet literature against Marie Antoinette in the last years of the regime, literature that accused her of infidelity, promiscuity–and lesbianism.[2] The allegations of a same-sex affair were in the eighteenth century virtually the worst thing one could say, and have generally been assumed to be a part of the political pornography against the queen.

The attitudes about any possible relationship with Polignac would not be met with shock and disgust today; which is why it is a curious choice of the filmmaker to treat what were slanders in the eighteenth century as real. Nevertheless, whatever the truth, the film does echo the historical disapproval of Polignac, who was one of the first to leave. Mme de Campan, the Marquise de Tourzel, and the Princesse de Lamballe stayed with the queen as long as they were able, and Lamballe lost her life in the September Massacres in 1792; but Polignac fled. The film treats her action as the betrayal that most have assumed it to be.

Farewell, My Queen is a hauntingly beautiful portrayal of people who are doomed. The present is already the past. The palace seems worn. It empties rapidly, as the nobility who had fought for a place at court take flight; some steal objects that they can sell, suspecting hard times ahead. Marie Antoinette, who is in both denial and panic, sometimes simultaneously, seems to foresee what will become of them, as does her husband. And yet there is nothing they can do to alter their future.

Sidonie has idolized the queen, has embraced her role as her servant; yet she is betrayed by the queen in one careless act. The trailer includes the final words of the film, from Sidonie, as she considers her own fate: once the queen’s reader, “Soon I will be nothing.” Is this tragic, or is it liberating?

Header photo from Shutterstock.com; images of Marie Antoinette and the October Days are in the public domain, on Wikimediacommons.org.