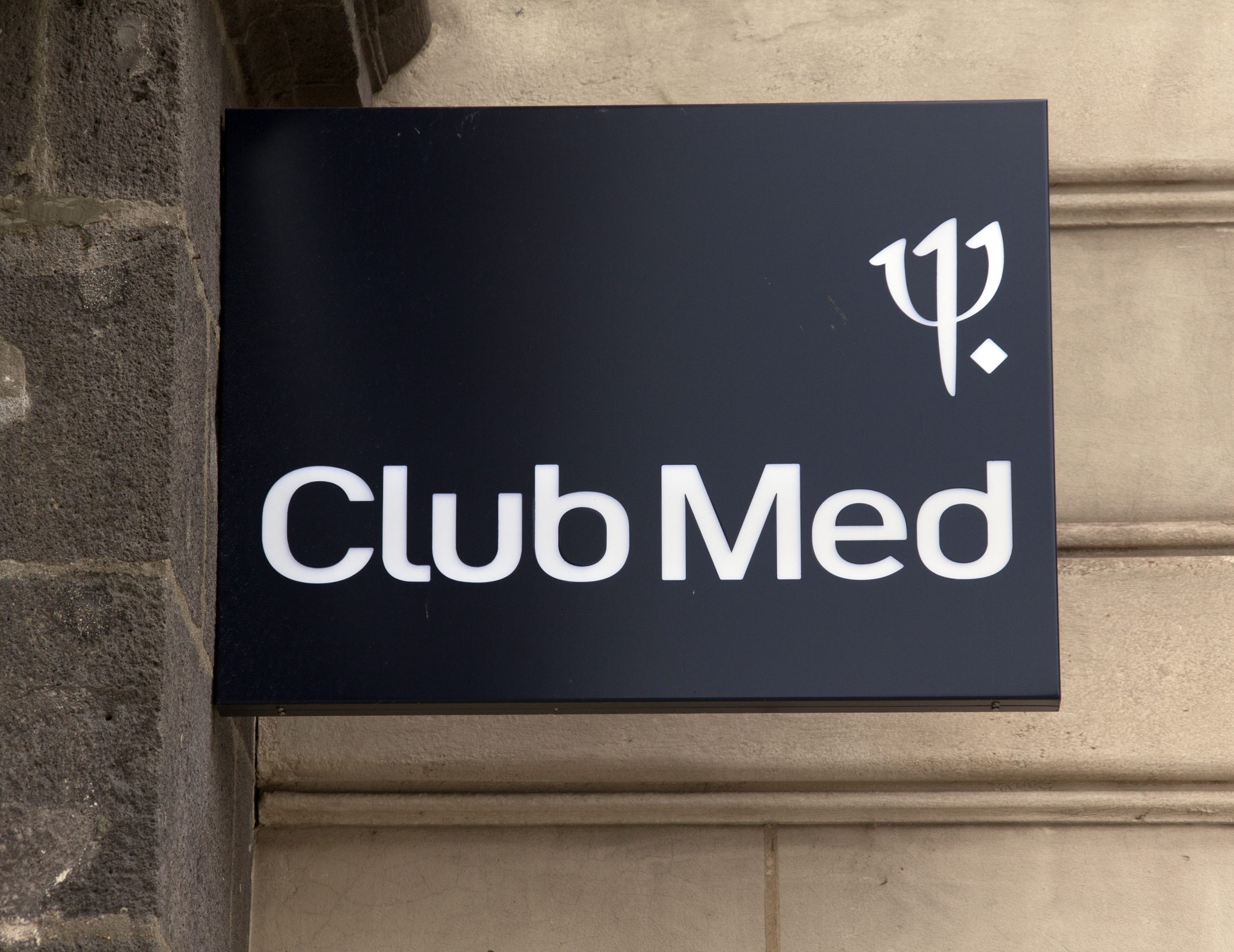 Everyone who watches The Office knows that Sandals in Jamaica is “all-inclusive.” Michael Scott bought a holiday couples vacation package, and the rest was history.

But Sandals didn’t invent the concept. Before Sandals there was Club Med. And before that, there was Billy Butlin.

Billy Butlin built his first holiday camp at Skegness, on the North Sea, in 1936. His previous experience in the entertainment industry was running a stall in an amusement park, where he picked up an aesthetic that carried over into his camps. According to historian Richard Sharpley, his initial success depended on three things. First, he tolerated a lower profit margin in exchange for high turnover. His initial venture was expensive, featuring many more attractions than those of competitors but able to host up to 1,000 visitors at a time. Second, he INVENTED the concept of the all-inclusive price (though there was, regrettably, a cash bar, which might give Club Med the bragging rights). Third, he realized that customers needed to be “forced to be free,” to borrow Rousseau’s words: thus the “Redcoats” (white trousers, red blazers) who chivvied all the slackers into enjoying themselves. (Sharpley, pp. 95-98).

A commercial from the 1960s reveals the ingredients of the business plan by then. It was fun for all ages; children were welcome; it was just like home, except more crowded.

The following overview through the years provides a sense of just how elaborate the later camps became; the visitors lived in comfortable apartments or cottages with homey gardens, in the midst of an old-fashioned carnival. Full of other peoples’ kids. Probably yelling.

In contrast, Club Mediterranée did not have much of a business plan in the beginning, nor did it have much in the way of facilities. But it had an ideal, born in the era of postwar exhaustion and in the midst of the 30 Glorious Years of economic growth, and nestled in an enduring vision of Tahiti. It was an ideal of the holiday as an escape from the every day world into a simpler time and place–a classless society, without money, where everyone dressed alike, where everyone tutoyed everyone else, with sports but no workouts, no dieting, just fun and sun: the Club Mediterranée, soon shortened to Club Med.

It was founded in 1950 by Gérard Blitz, born in Belgium, and Jewish; he had served with the Belgian Resistance and after the war, he was employed in running a center for helping concentration camp survivors readjust and reestablish themselves–thus his rather unusual initiation into the hospitality industry.  After this assignment, he went into business with his sister Didy (Edith) and her husband, a champion water polo player, who were running a vacation club for people who wanted to faire du sport.  Her Club Olympique, created by competitive swimmer Dimitri Philipoff, was centered around a relaxed philosophy of physical activity, group dining, and tents, thus creating “l’esprit club” (De Raedt, 218).

Paid vacations for French workers were a relatively new thing, a result of the Matignon Accords negotiated by the Popular Front in 1936.  But what did one do on vacation? With the lingering Depression and the coming of World War II, the French had had little time to find out. The 1953 film M. Hulot’s Holiday, written, directed, and starring Jacques Tati, illustrated the exhausting business of being thrown into a group of strangers for the purpose of relaxation.

Blitz’s  first venture, in 1950, was on the island of Majorca, off the coast of Spain.  He attracted some 2500 people, who spent two weeks in rented US army surplus tents and cots–not a makeshift solution, but an actual feature of the atmosphere of the sports club he wanted to create.  Blitz did try for local Spanish color with flamenco dancers, but Spanish charm was overtaken by his wife, Claudine, who had lived in Tahiti and dressed constantly in a Polynesian sarong. That was the origin of the Tahitian flavor, whether the club was in Sardinia, Sicily, Tunisia–or, eventually, in the Pacific Islands themselves.  During the two weeks of this first venture there was a hurricane, the food was indifferent, some asked for their money back. Blitz, undaunted, kept in touch with all former vacationers through his newsletter, The Trident, which was full of updates about previous customers and new ventures (Furlough, pp. 66-67).  The villages were their own world; the ambiance they sought to create was embodied in their eventual slogan, through the 60s, 70s, and 80s, of Club Med as “an antidote to civilization.”

They were obviously after a clientele that differed from that of Butlin’s.

One of the earliest Club Med employees, Jean-Pierre Bécret, who was present at the beginning in Majorca, recalled the rough-and-tumble start.  Blitz had gotten their camping equipment there by chartering a train for the pioneering first group and combining the unused portions of the 30 kilos allowed per passenger to pack the essentials (16).  Their second club was at Baratti, in Lombardy, followed by others around the Mediterranean (Bécret, pp. 16-17). Baratti maintained the Tahitian theme (even though it was in Tuscany), the tents, the air of improvisation. Gérard Pigeon Decosterd, who assembled this wonderful set of photos, was a G.O.–Gentil Organisateur, one of those who managed the clubs on the ground–and has a youtube channel focused on Club Meds throughout the world.

Another by Pigeon shows Caprera in 1956, on an island just off the northern coast of Sardinia; it begins with the Club Med headquarters in Paris, and the tents seem to have given way to small cabins, a development in 1955.

They had customers, remembers Bécret, but they were living on credit; his salary was a year in arrears by 1953 (Bécret, p. 17). The business began to change in 1958 when Gilbert Trigano, a former communist who was in the camping equipment business (thus their connections), was chosen as CEO; he took the company public (originally it had been conceived as a nonprofit), and he planned to expand into the mass market.  He opened new villages in Europe around the Mediteranean and Adriatic, as well as in Tahiti, and in Guadeloupe, and in Morocco, and the membership–meaning those who had been on a trip–expanded from about 10,000 in 1955 to 400,000 in 1967 (Furlough, p. 74) which really became the heyday of the business.  Each site featured “authentic” food and relaxation. And Tahiti. Whether they were in Tahiti or not.

The modernization had not yet led them to become simply a vacation company; under Blitz’s influence they continued to have more daring ambitions.  From The Trident of 1962: “A new man is in the process of being born, one who overcomes the hectic excesses of our industrial civilization and finds again the natural rhythm of life, in the privileged spaces of each of the villages of the Club Méditerranée.  An ageless man, unburdened by memories, the promise of a return to all the happiness of a faultless youth. . . . Healthy, joyous, enthusiastic, ‘l’esprit vacances’ creates an ambiance of simplicity, kindness, independence” (Quoted from Le Trident, summer 1962, by  De Raedt, p. 221).

In 2004, under new CEO Henri Giscard d’Estaing (son of the former president), the struggling Club Med closed half of its villages and made a determined effort to go upscale; in addition, they planned to enter the Asian market and the North American ski resort business.  New partners (ultimately several of them) met with market skepticism (see especially New York Times, June 12, 2004).  A 2018 interview with new CEO Sylvain Rebuel (Skift, April 12, 2018) revealed that the company was continuing the new policy, as in this extraordinary 2018 advertisement for their resort in Morocco.

I am a social scientist and historian, who teaches a course in contemporary France, among other things. Knowing that, you can probably guess how I contextualize this ad for my students–the tourist industry, local workers, the re-creation, through native employees in service to western visitors, of the colonial experience, the apparent isolation from the “real” Morocco. I do my job.

Would I like to go on an all-inclusive trip there? You bet.

Sharpley, Richard, “From Holiday Camps to the All-Inclusive: the Butlinization of Tourism,” 95-104. In David Harrison and Richard Sharpley, eds., Mass Tourism in a Small World (CABI, 2017).

Author: Jill Harsin
Filed Under: Culture, History
“With all of that being said, we like the Kurds.”
Pension Reform, Part Deux: The Good, the Bad, and the Ugly