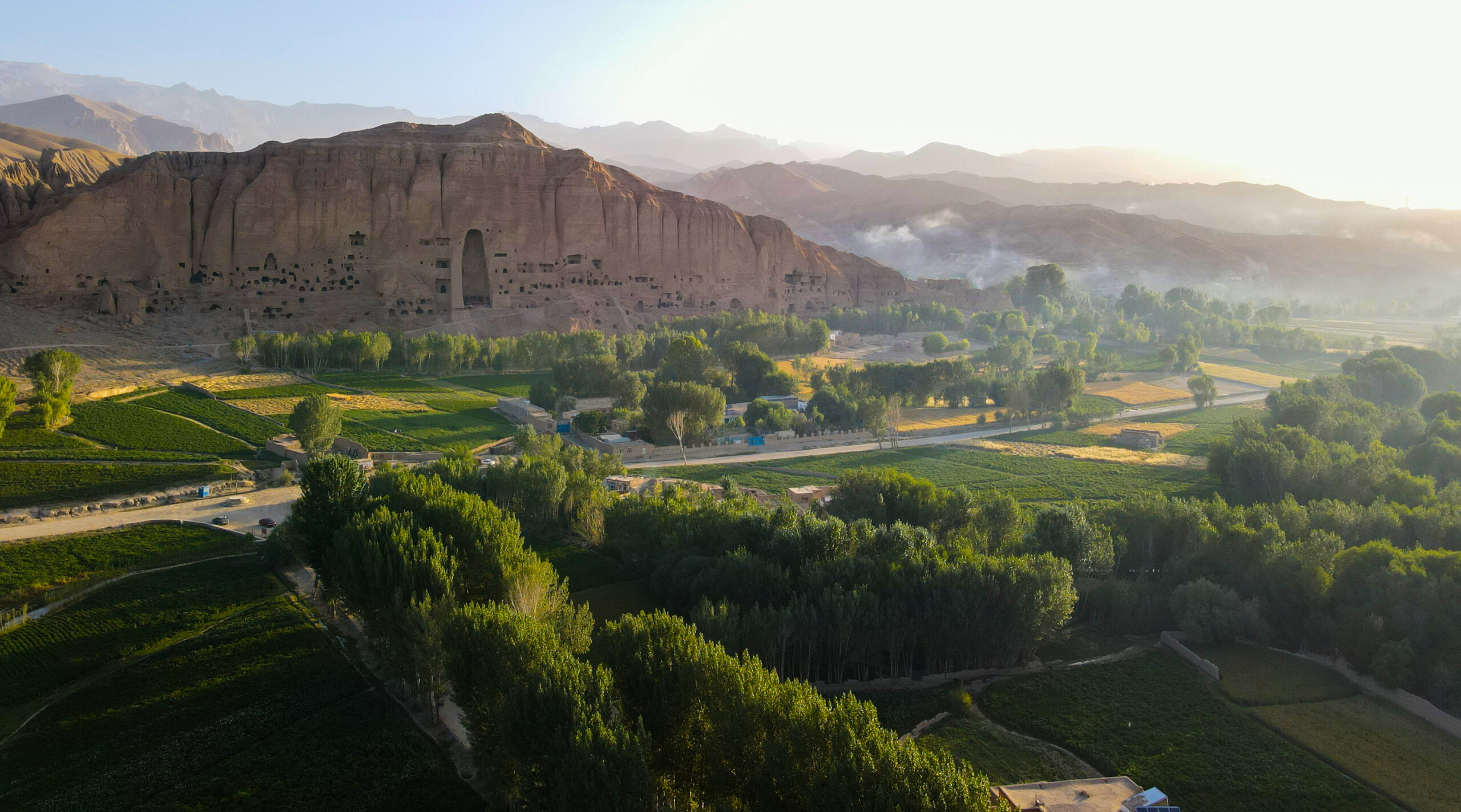 The mid-August 2021 end of the Afghan War (in the United States, anyway) came about a month earlier than projected, but it was eighteen months in the making.

Longer than that, of course.

But we were preoccupied with covid and lockdown, with watching Tiger King and then mocking those who watched Tiger King, with the tense moments of the election and the devastation of January 6, with anti-vaxxers and anti-maskers.

While we were busy elsewhere, here’s what was happening.

The Doha Agreement was signed on February 29, 2020, in the presence of Secretary of State Mike Pompeo and the Mullah Abdul Ghani Baradar, cofounder of the Taliban movement, and few people, about to be plunged into Covid lockdowns, took time to see what, exactly, Trump had committed us to do.  The document, signed “Agreement for Bringing Peace to Afghanistan between the Islamic Emirate of Afghanistan which is not recognized by the United States as a state and is known as the Taliban and the United States of America,” is in four parts:

“Guarantees and enforcement mechanisms” to prevent Afghanistan from ever being used against US security;

“Guarantees, enforcement mechanisms, and announcement of a timeline” for withdrawing all foreign forces–and including NATO forces and contractors–from Afghanistan, to be carried out within fourteen months following the announcement (May 2021).

A “permanent and comprehensive ceasefire” to be decided by the intra-Afghan groups, and various mechanisms to be put in place.

The US government promised to ask for the recognition and endorsement by the UN Security Council.(1)

The US agreed to reduce the number of US forces in Afghanistan to 8,600, and to withdraw their forces from five military bases, within 135 days after the agreement.  After the announcement of all of the above, the entity not recognized by the US would start “intra-Afghan negotiations with Afghan sides,” by March 10, 2020, one of those “sides” presumably being the actual government of Afghanistan, which the US did recognize as a state.

The reception of the news was tentative, perhaps even a bit hopeful. The US envoy, former ambassador to Afghanistan Zalmay Khalilzad, was interviewed on PBS News Hour.

Le Monde noted that this event was “one of the rare cases where a great power concluded such an accord with a party which is not a State, but a simple insurgent movement.”  At the same time the Agreement was signed, Defense Secretary Mark Esper and President Ashraf Ghani issued a joint statement pledging to “support Afghan institutions,” but which also forced the Afghan government to respect the broad outlines of the paix américano-taliban.  The “reduction of violence agreement” that was affirmed on February 22 had thus far held; Afghan civilians had been able to go out after dark and “did not hide their joy.”(2)

On March 2, 2020, just two days after the formal signing, the Taliban called off their “reduction of violence” truce, their spokesman announcing that “our operations are going to return to normal.  In conformity with the accord, our mujahadeen will not attack foreign forces, but our operations will continue against the forces of the government of Kabul.”  (This part of the agreement held, and is no doubt the reason for the lack of American casualties over the course of the last eighteen months.) (3)

Just the day before, on March 1,The New York Times presented one of the earliest indications of trouble in the agreement, in regard to the 5,000 Afghan prisoners to be released.  President Ashraf Ghani claimed that there was no commitment, no “precondition,” to release the Taliban prisoners, and several US officials were willing to go on the record with the statement that Pompeo had assured them, in a briefing, that “prisoner releases would not be part of the American deal with the Taliban.” (4)

On March 3, the NYT reported a conversation between Trump and Baradar, in which Trump stated, “They’re looking to get this ended and we’re looking to get this ended.  The relationship is very good that I have with the mullah.”  Trump was also quoted as saying that the Taliban was “killing terrorists,”–that is, their resumption of the killing of Afghan civilians and soldiers–with no further elucidation of what Trump meant.(5)

On the heavily meaningful date of September 11, 2020, Special Envoy Khalilzad spoke to the issue of the Taliban prisoner release, stating, “I know that no one among us is happy to see the liberation of prisoners who have attacked our forces, but we want to keep a vision of the whole,” adding that the opening of negotiations had ensured that the prisoners “were no longer a threat to any of us.”  (“Us” meaning the US and other NATO soldiers.)  He added that their allies and other concerned nations “don’t like it [the release of prisoners] but at the same time, they understand that it is an Afghan decision, a difficult but necessary [one] . . . to open the interafghan negotiations and to give peace a chance.”(6)

On December 10, 2020, a television journalist and her driver were killed in Jalalabad, 100 miles from the Pakistan frontier, and a frequent “theater of bloody attacks.”  Her death was one of a series of targeted attacks against journalists, politicians, religious leaders, human rights defenders, and others, which had recently increased. (7)

But in the United States, no one was paying attention, as the state of Texas announced a series of lawsuits against the vote counts of Georgia, Wisconsin, Michigan, and Pennsylvania, in an attempt to overturn the election.

Fast-forward to August 2021, the speed-up of the United States departure.  Two myths have grown up, one coming from the press, the second coming, disappointingly, from President Biden.

There is one pressing issue: the Afghan refugees, particularly (but not limited to) those who put their lives on the line to help coalition forces, and the need and obligation to get them settled, and welcomed, quickly.

The other issue, less immediately pressing but not less concerning, has been some frankly lousy reporting–less so in print, but very concerning in the visual media.

Header image from Shutterstock, site of the Bamiyan Buddhas, destroyed by the Taliban in March 2001. (Before 9/11, it should be noted.)

(1) “Agreement for Bringing Peace to Afghanistan between the Islamic Emirate of Afghanistan which is not recognized by the United States as a state and is known as the Taliban and the United States of America,” https://www.state.gov/wp-content/uploads/2020/02/Agreement-For-Bringing-Peace-to-Afghanistan-02.29.20.pdf

(3) On March 2, 2020, just two days after the formal signing, the Taliban called off their “reduction of violence” truce, their spokesman announcing that “our operations are going to return to normal.  In conformity with the accord, our mujahadeen will not attack foreign forces, but our operations will continue against the forces of the government of Kabul.”  (This part of the agreement held, and is no doubt the reason for the lack of American casualties over the course of the last eighteen months.) “Les talibans mettent fin à la trêve partielle avec le gouvernement afghan,” Le Monde, March 2, 2020.https://www.lemonde.fr/international/article/2020/03/02/les-talibans-mettent-fin-a-la-treve-partielle-avec-le-gouvernement-afghan_6031561_3210.html

Author: Jill Harsin
Filed Under: Uncategorized
The Regionals 2021, first round: An Overview
Context: Macron and Afghanistan